After a great day trip to Lassen National Park, we decided to spend our last two days fishing near Lewiston, California in the Trinity Alps. On Tuesday, November 4, 2019, we decided to try our luck in the upper "Narrows" portion of Lewiston Lake. We found a primitive boat launch near Rock Pile cove and set our kayaks loose. 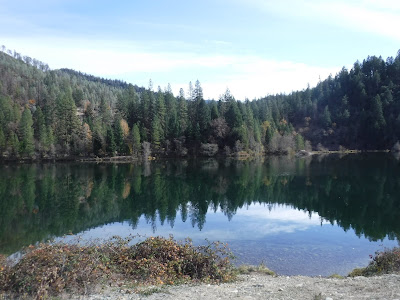 Lewiston Lake is a long, narrow and winding inpoundment of the Trinity River. It is about five miles long and varies in width up to a half mile at its widest point. The lake is known for its trophy size Rainbow and Eagle Lake trout and holds a healthy population of brook and brown trout, kokanee and chinook salmon, as well as a few largemouth and smallmouth bass. 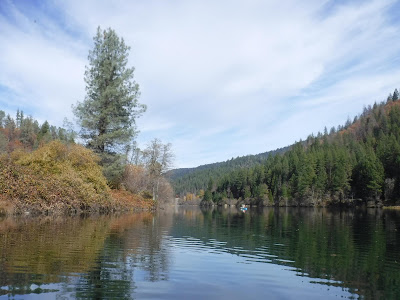 Dusty relaxed on the shore faithfully awaiting our return. 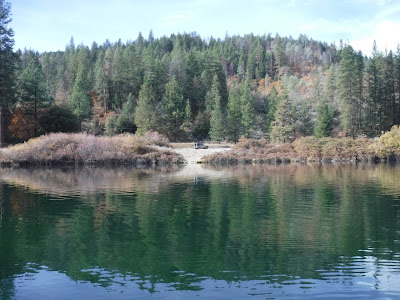 It didn't take long before we began seeing fish rising. We did our best casting about, but the fast moving fishies were tough to keep up with.  They kept cruising around the lake, and we swore that they deliberately avoided boats. 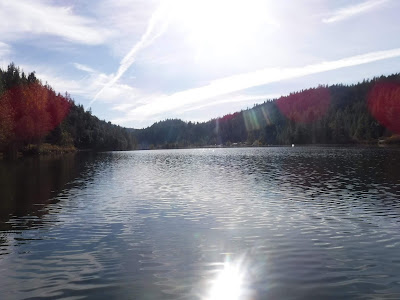 While there were no fish on the end of our lines, there was plenty of scenery. 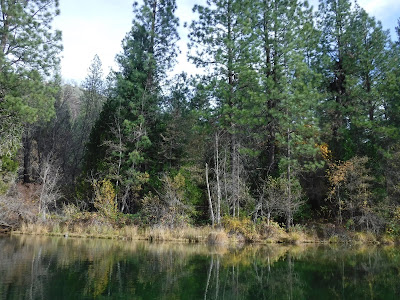 We were not the only ones fishing the lake. We watched this immature bald eagle make several passes over the shallow water before taking a break high in a tree. 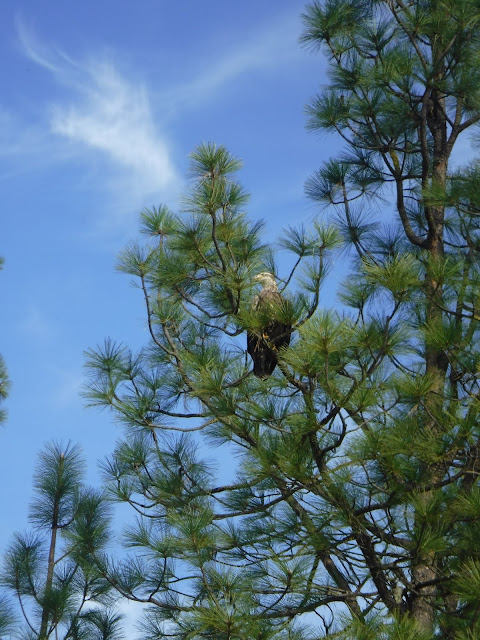 As the afternoon wore on, we were joined by several pontoon boats and a fly fisherman using a small trolling boat to pull his fly back and forth across the lake. 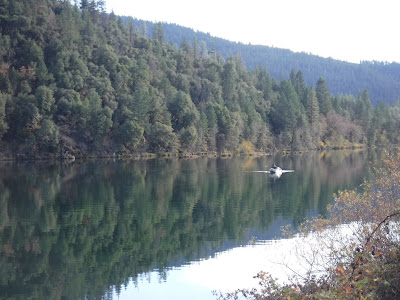 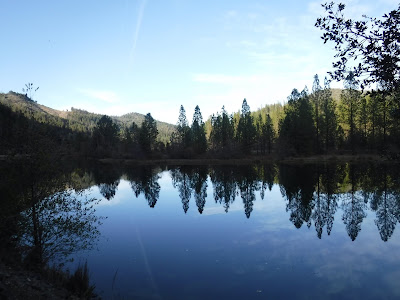 On Wednesday, November 6, 2019, we donned our waders and put on our best fishy faces as we began our exploration of the Trinity River. 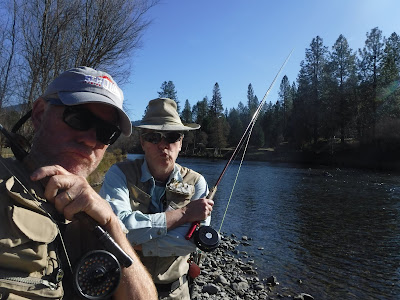 We have it on good authority that Steelhead are running up the river to their spawning grounds below the Lewiston dam. While the brilliant sun makes the crystal clear water sparkle, the fishies don't like to look up into the sun as they feed. We needed to work our way down stream and find the shady spots and deep holes. 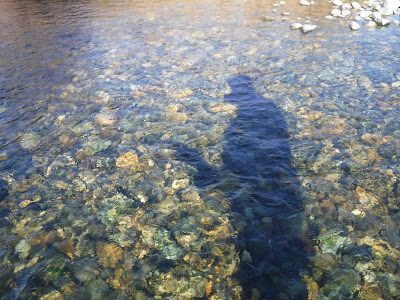 Steelhead trout are a unique species. Individuals develop differently depending on their environment. All steelhead trout hatch in gravel-bottomed, fast-flowing, well-oxygenated rivers and streams. Some stay in fresh water all their lives, and are called rainbow trout. Steelhead trout that migrate to the ocean typically grow larger than the ones that stay in freshwater. They then return to freshwater to spawn. The Trinity River is a perfect example of a gravel-bottomed, fast-flowing river. 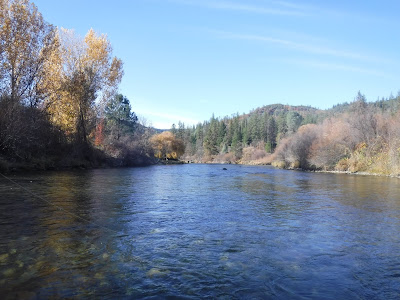 Kathy found a shady spot with a good current stream. Unfortunately, nobody was home. 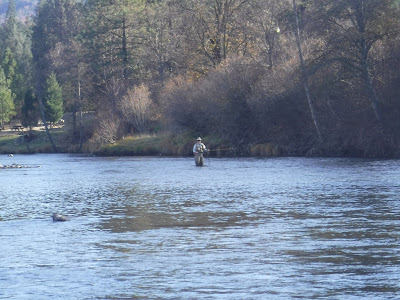 We did find a pool with some rising trout, but they didn't like what we had to offer them. We left the stream at the Rush Creek Access and began the long walk of shame back to our campground. 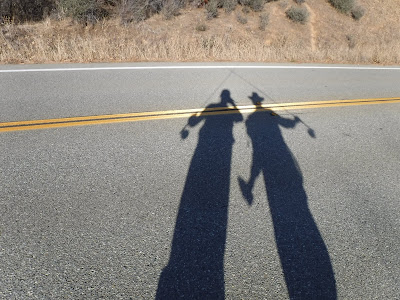 Tomorrow, we head to Vacaville and pick up with our orginal, pre-wildfire itinerary. We were disappointed that we couldn't continue down the California coast, but we made the most of our unplanned stop in the Trinity Alps.