Back in 2018, we passed through North Carolina on our way to Pennsylvania. We stopped for a few days to explore the Raleigh area. We discovered the Neuse River Trail, a 33-mile paved greenway running along the banks of the Neuse River from Falls Lake Dam, north of Raleigh, to the town of Clayton, south of Raleigh. On March 5, 2018, we explored the southern portion of the trail starting in Clayton. If you are curious, you can click the link to our previous blog.

Today we started our adventure at the northern end of the trail at the base of the Falls Lake Dam. 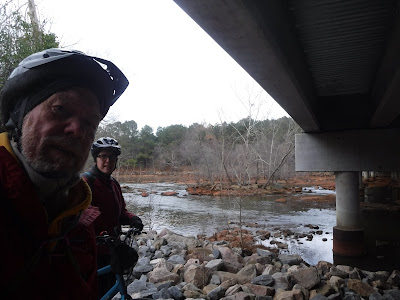 The Neuse River has one of the oldest surviving English-applied place-names in the U.S. Explorers named the Neuse River after the American Indian tribe known as Neusiok, with whom the early Raleigh expeditions made contact. 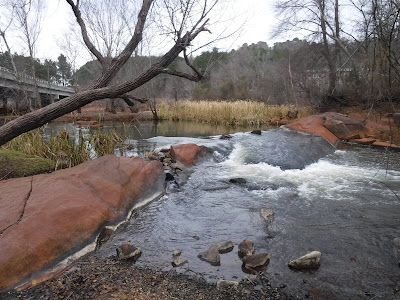 We passed a number of neighborhoods with easy access to the trail. There were a few remnants of prior industrial uses. Because of frequent flood, all of the new developments were set back from the banks of the river creating a green landscape along the banks. 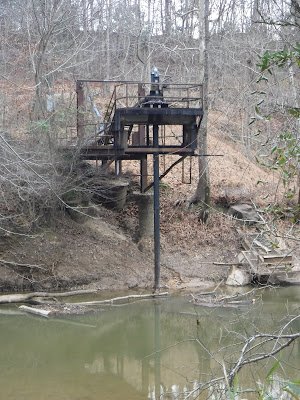 Unlike most rail trails which can be extremely flat and straight, the Neuse Trail follows along the twisting turning river, up and down rolling hills and across bridges and boardwalks. Some turns were so tight they installed mirrors so you could see folks coming around the bend. This mirror (or lack thereof) made us smile. 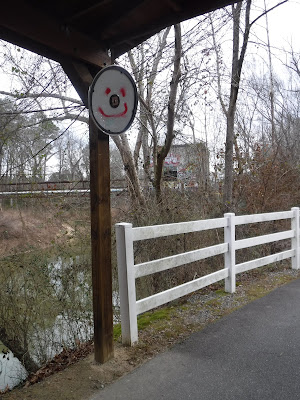 At the five mile mark, we stopped at a picnic area with river access. With temperatures in the low 50s, we were happy we packed our thermoses with hot tea. After a short break, it was back in the saddle. 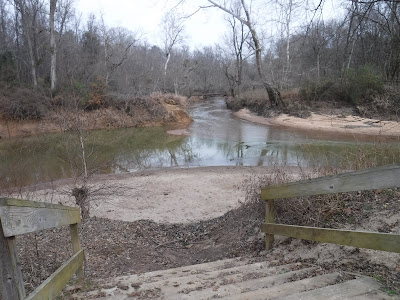 There are a number of other greenways in Raleigh which follow the various creeks that empty into the Neuse River. This bridge over the Neuse River connects with the Walnut Creek Greenway. 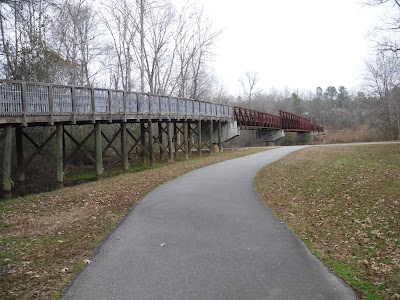 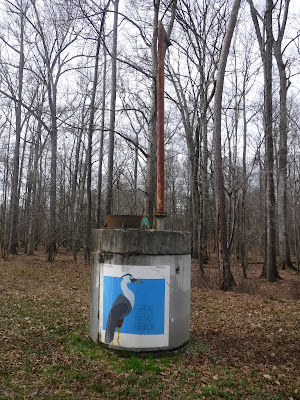 We stopped to admire some of the historic structures along the trail. 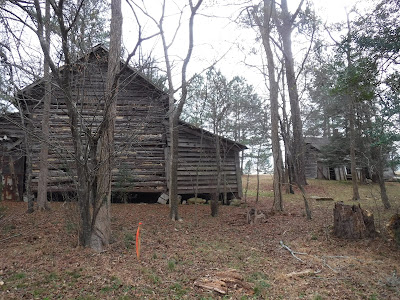 The river narrowed in this section and the trail had to climb up this long bridge. Just to the right, we passed a large flock of vultures feasting on a deer. We decided not to include that photo. 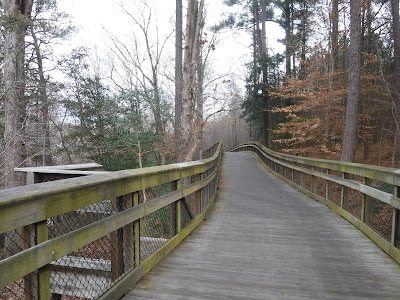 At the 10 mile mark, we decided to take a lunch break and make this our turnaround. Our daughter had given us these cute little soup thermoses. We used them all last winter during out ski outings. The warm lentil soup was perfect on such a chilly day. 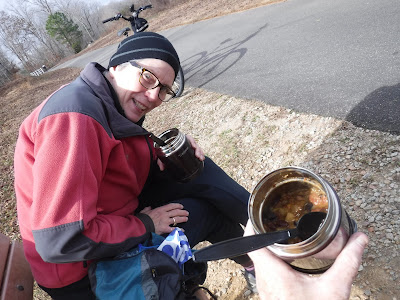 We rested and hydrated while watching the road bikers zip past. 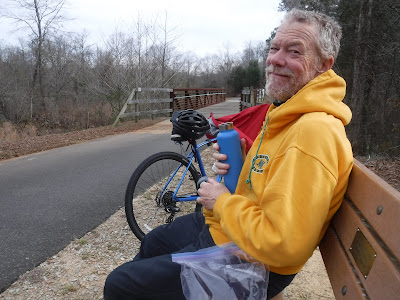 Just passed our lunch spot, we noticed this male duck courting a couple of ladies. 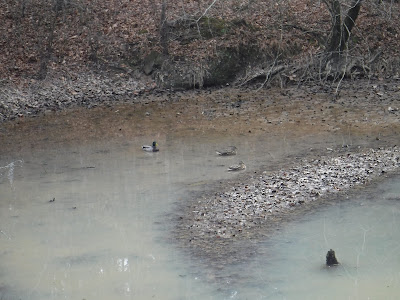 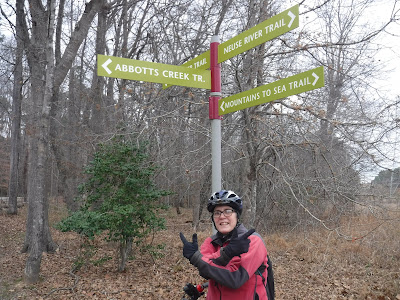 After returning to the trailhead, we loaded the bikes on the Jeep and walked up to the top of the Falls Lake Dam so we could take in the view. The lake is named for the Falls of Neuse, a once whitewater section of the river that fell from the Piedmont into the lower Coastal Plain. The falls were submerged during construction of the lake. 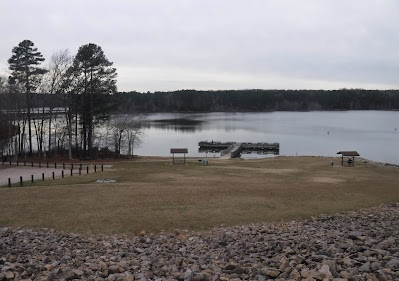 We noticed a Blue Heron on the shore of the lake. At first, he was too far away for a photo. As we walked closer he took flight. We were surprised he actually flew toward us. He stopped right below us and posed for this photo. 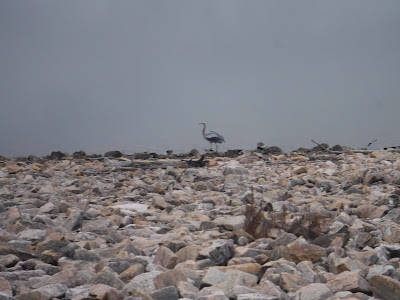 Falls Lake is a 12,410 acre reservoir which extends 28 miles up the Neuse River to its source at the confluence of the Eno, Little, and Flat rivers. Falls Dam is an earthen structure having a top elevation of 291.5 feet and an overall length of 1,915 feet. The height above the streambed is 92.5 feet. That's a long way down! 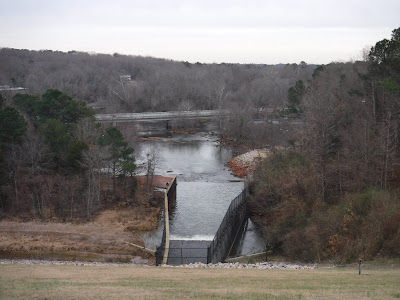 The ride back to camp was uneventful. We hope to get out tomorrow and explore Rocky Mount. Stay turned.
Posted by Kathy Scranton at 7:38 PM