Okay, so it's been two full months since we last took the kayaks out on flat water.  It was March 13 when we paddled Lake Marian, where our campground in Kenansville, Florida was located.  We had just bid goodbye to our friends George and Nan Finlayson and Jim and Nancy Tidball in Stuart, Florida.  Our daughter Katie had warned us to accelerate our trip north to Pennsylvania before the campgrounds locked down for Covid-19, so we stole this one day of recreation before heading north post haste.

All that is to say that we have been very eager to get back out on the water.  However, the weather has not been amenable.  We finally had a beautiful day today, and, having scouted some places to paddle, we chose the southwestern arm of Blue Marsh Lake, where we just hiked a day or two ago, as our first paddling spot.  The sky was blue, the water calm and the weather warm as we set out on the lake.  Several sailboats graced the waters and were heeled moderately to the wind in a gentle breeze: 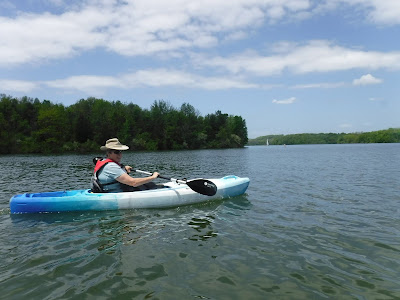 The shores of Blue Marsh Lake are sprinkled with flowering bushes.  As soon as we started along the shoreline, Kathy spotted some beautiful purple blossoms to adore: 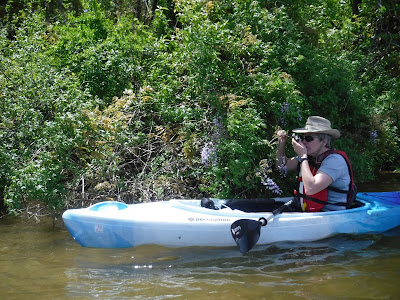 Blue Marsh Lake has a large number of arms, where streams empty into the lake.  We made it a point to explore each little cove.  Here, some marsh grasses grace a spot where a stream drainage empties into the lake: 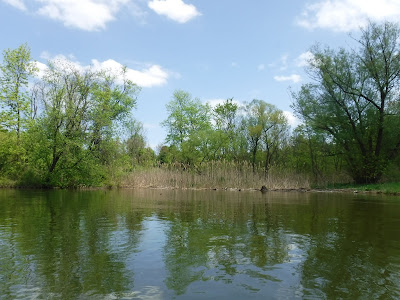 Before too long, a great blue heron made himself known.  Kathy spotted him and David moved in for the photo: 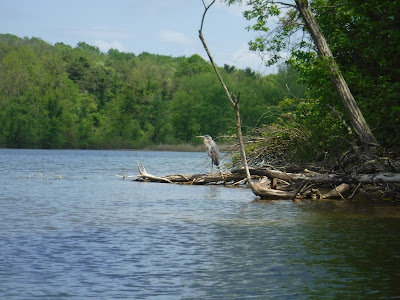 Just after that photo was snapped, the heron flew on to a far corner of the lake.  In contrast, this turtle didn't move away too fast, and David was able to creep in close in his kayak to catch a look at the shelly fellow: 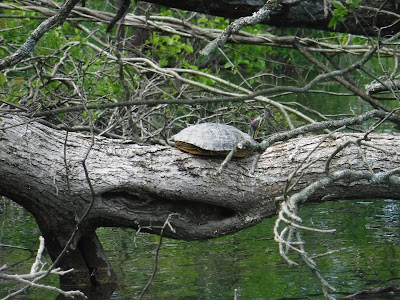 The day was simply glorious.  Every time we looked up, we saw azure skies and fleecy white clouds over a glassy lake: 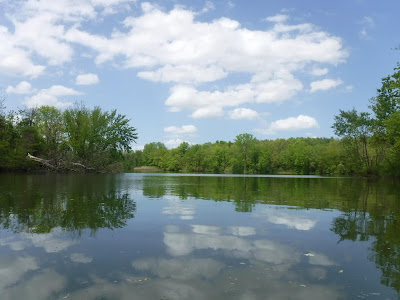 We stole another view of a sailboat trimming its sails in the breeze: 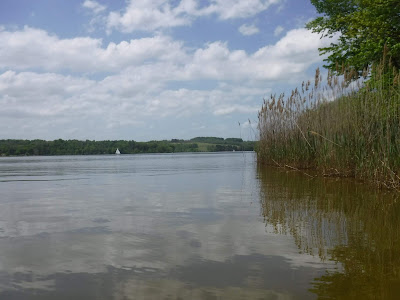 We paddled the shoreline equivalent of the lake loop trail we hiked the other day, and eventually we reached a grassy shoreline we had enjoyed on our hike the other day.  Today, a large number of people were splashing around the water, probably not observing the proper social distancing guidelines, but sounding very happy on this pre-Memorial Day Thursday: 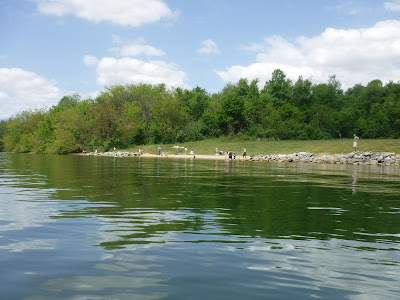 After visiting the beach, we crossed the lake and found this low hillside decked in purple blossoms.  We could smell the glorious aromas from the water as we paddled by: 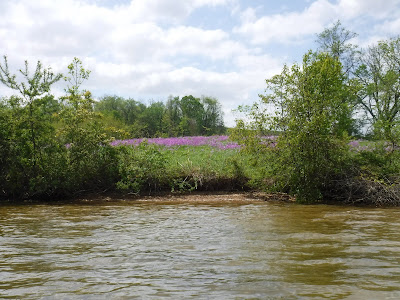 Occasionally, there were old stumps, now flooded, that serve as fertile bases for abundant vegetation: 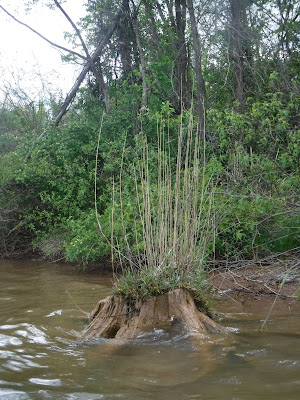 We found few turtles, but we were lucky to spot a second one, perched on a log and ready to splash into the water as David approached: 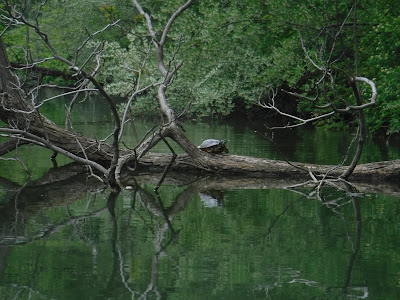 In our hikes around Blue Marsh Lake, we have spotted birdhouses on the numerous arms of the lake.  Today, paddling up the final arm of our outing, we captured a glimpse of this little birdhouse.  Unfortunately, no one has made it a home this year.  Possibly that was because the little house had no roof: 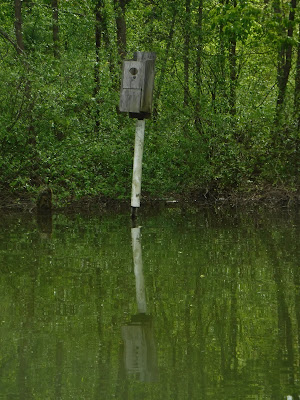 The shoreline, as we paddled, was laden with green trees and bushes and flowers galore, but some of the greenery found its way onto the lake, as witnessed by this video of the floating garden as it bounces in the waves.


In our last cove, we spotted this aggregation of unusual vegetation with a variety of colors.  It turned out that it was shallow water populated with dead fir trees.  We're not sure why so many dead trees fell here, or why they were evergreens, but nevertheless, they made an unusual spectacle as we returned to our boat ramp: 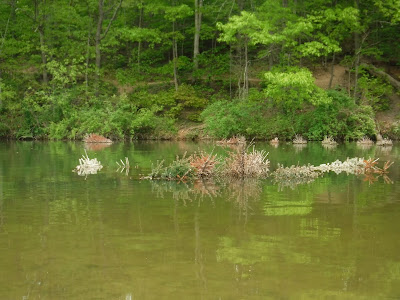 We turned back out to the lake and began to paddle back to where we put in: 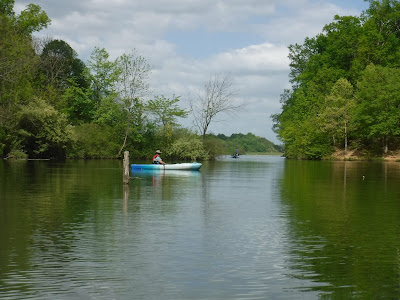 Once we landed, we started packing our gear and readying the kayaks to lift onto the Jeep.  Another paddle well puddled: 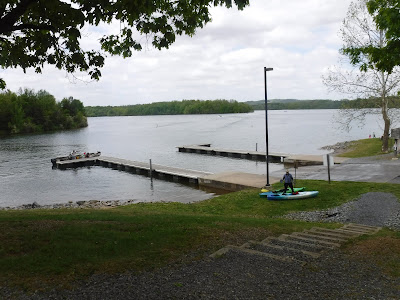