We are camped in Destruction Bay along Kluane Lake in the Yukon. The weather is a bit brisk today. We are both suffering through head colds. With both of us under the weather, today would be a good museum day. Just down the road from us is the small community of Burwash Landing. It is home to the Kluane Museum of Natural History.

On our way to Burwash Landing we stopped at a roadside memorial to a local resident. The memorial was surround by small mounds with various artwork. This mound featured wood burle art carvings. 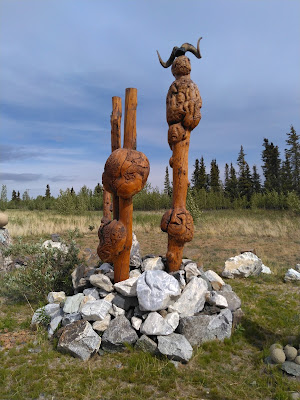 This mound had a wonderful soap stone carving. 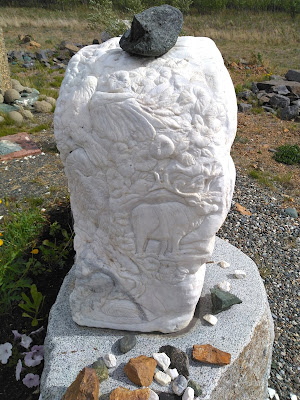 Don't let the unassuming structure fool you. Inside are some beautiful exhibits of various Yukon animals. 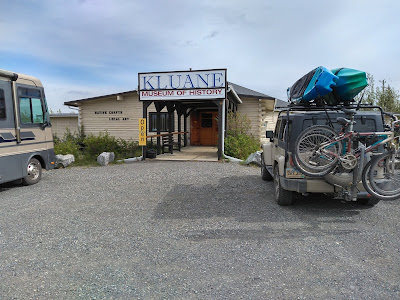 No trip to Burwash Landing would be complete without a photo of the biggest gold pan in the world. Fred O'Brien, a Roman Catholic missionary, painted the mural on the gold pan. 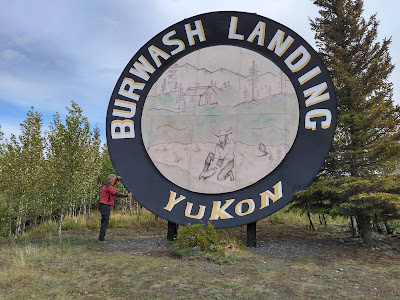 The exhibits show the animals in their natural habitat. Where possible, raw materials like rock and wood were used. The backgrounds were hand painted landscapes. It's almost as if the fox is looking at Kathy. 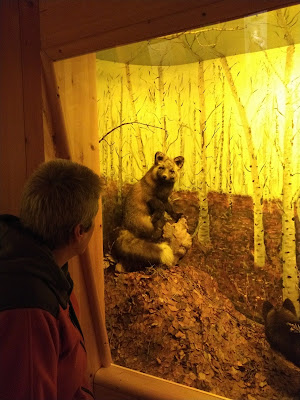 The museum also has a video room. We spent some time watching a documentary on the Yukon Gold Rush.

After the museum, we stopped at Kluane Energy for a bite to eat before doing the historic walking tour of Burwash Landing.

Our first stop was Our Lady of the Holy Rosary Church. Father Morisset, a chaplain with the US Army, built this church in 1944 with materials from an abandoned army mess hall. 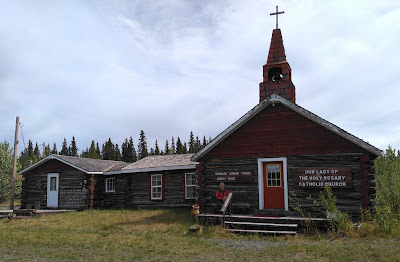 The church is still used to this day. 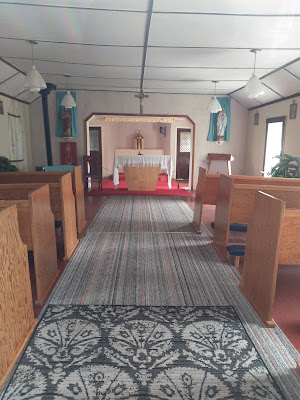 Old Copper Joe's House was one of the first buildings built on land donated to the Kluane First Nations people. Joe's father, Copper Chief, was a powerful man whose family controlled the White River copper supply. 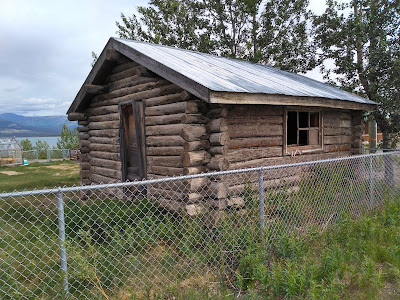 Our walking tour took us down to the old docks. Before the Alaska Highway, supplies were brought down the Kluane Wagon Road from Whitehorse to Silver City, at the east end of the lake, then ferried over the lake to Burwash Landing. 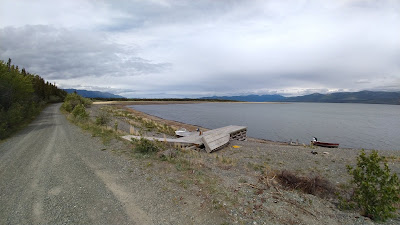 A small boat house stands guard, remembering a time when this was a busy port. 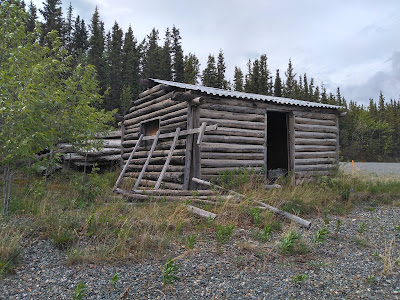 Along the shore were several boats -- 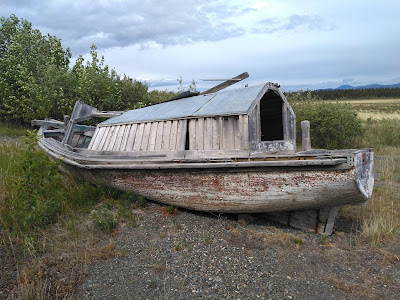 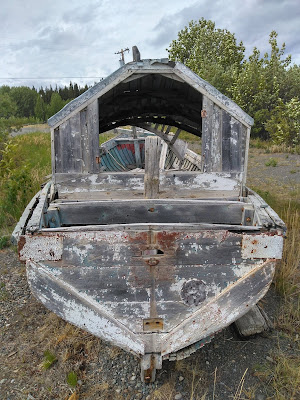 Once filled with cargo, now they carry only ghosts. 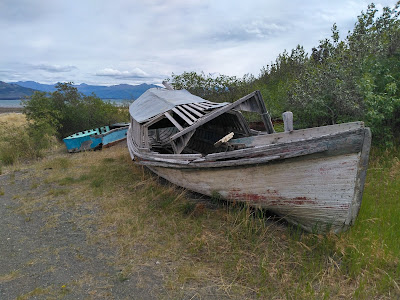 Burwash Landing started with the Burwash Landing Resort. In 1904 the Jacquot brothers started a lodge and guiding business. Their business was small until the Alaska Highway came through. When the Alcan was opened to civilian traffic, an RV park was added. It was still operating in 2012. It has since been sold to the Kluane First Nation. The fate of the historic stucture is still under debate.

Moose Horn Cabin was built in 1939. During the early 1950s, Jack Saunders, his wife and seven children lived in this little log house. Originally from Alabama, the Saunders family were the first African American family to live in the area. 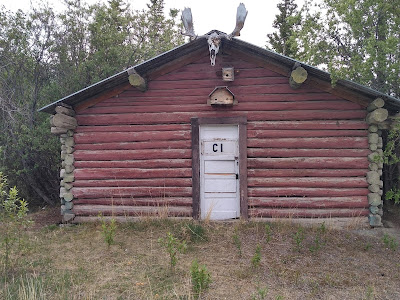 This log home was built in 1929. Bill Brewster rented it in 1950 and ran a small general store out of the cabin.  He was an important influence in making Kluane National Park more accessible to visitors, for which we are thankful. 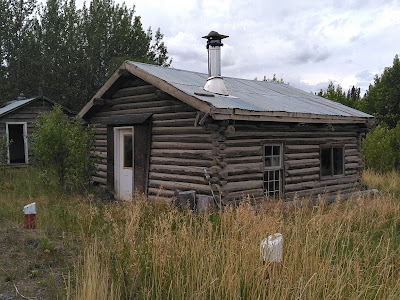 As we drove around town to look for some other historic structures, we saw this yard full of tiny houses. We stopped to investigate and learned that it was actually a cemetery. The tiny structures are Spirit Houses. In certain cultures it is believed the spirit of the deceased remains for 40 days to prepare for the afterlife. The little houses keep their spirits from getting restless.

This gave us lots to ponder as we drove back to Destruction Bay, to finish a day that was a lot to achieve for cold sufferers.  Never fear...we have more adventures planned!